A city for passengers

The number of Moscow residents using public transport increased to 68% of the population in 2017, from 62% in 2010. The growth drivers include improved convenience, speed, and availability. Most buses, trolleybuses, and trams are low-floor and wheelchair-accessible, while climate control makes travelling on public transport comfortable in any weather.

TRAVELLING AROUND THE CITY: SURFACE TRANSPORT 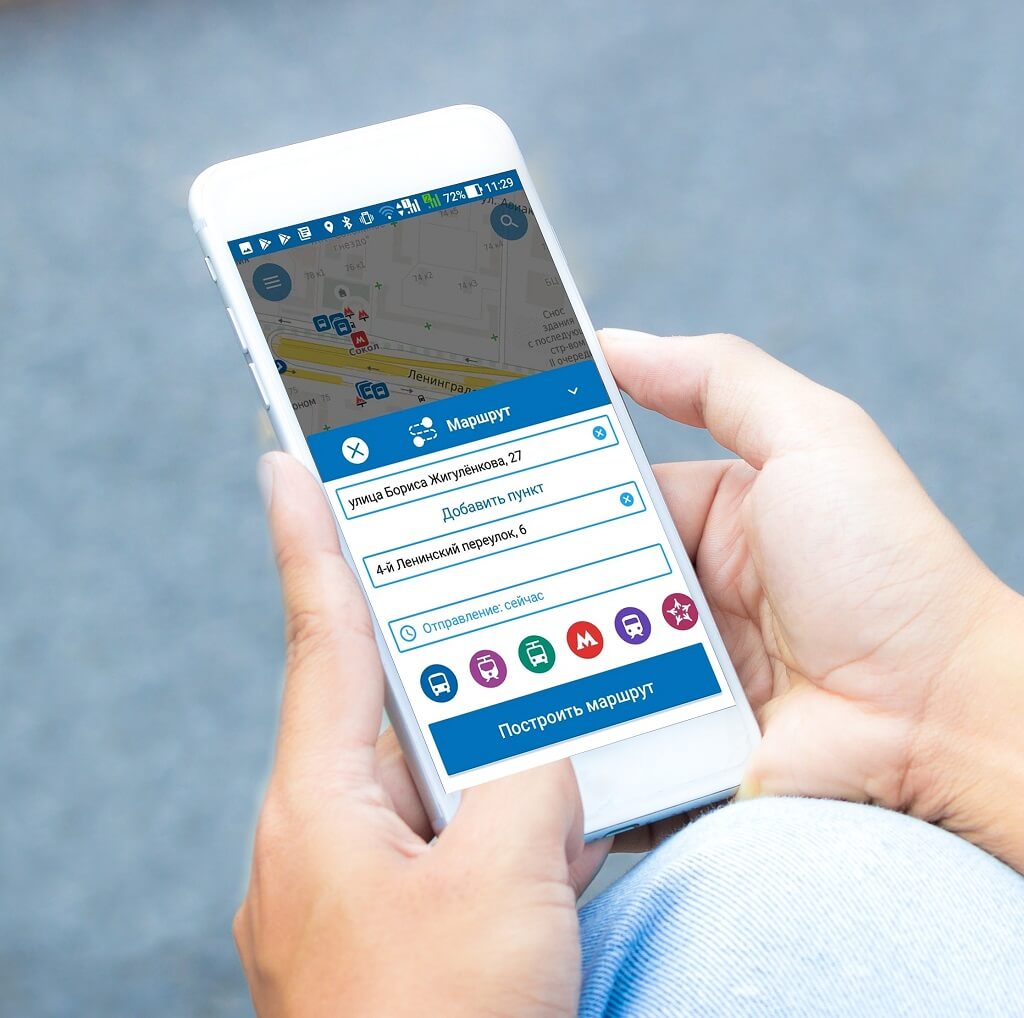 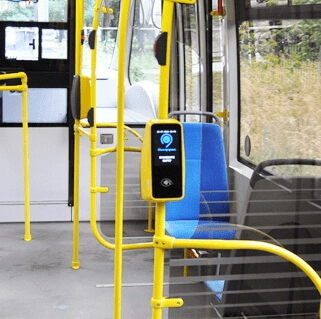 Moscow Transport to be launched in 2018

— HOW CAN I FIND OUT THE ARRIVAL TIME OF MY BUS OR TRAM WITHOUT WASTING TIME AT A STOP? SURFACE TRANSPORT IS SO UNPREDICTABLE.
1
— Moscow Transport mobile apps will help you find an optimal route by travel time, modes of transport, and cost. The Mosgortrans app uses up-to-date traffic data to calculate the estimated time of arrival. An alert can be set up to notify that your bus or tram is about to arrive at the stop. The travel times of surface transport have become more predictable following the establishment of dedicated lanes. The Department for Transport has consistently been adding dedicated lanes to help debottleneck roads. To improve the passenger experience, stops are equipped with real-time arrival information panels, arrivals are now at regular intervals, and turnstiles are being phased out.


Turnstiles removed from all surface public transport from 1 September 2018

— QUEUES BUILD UP AT THE BUSIEST ROUTES DURING PEAK HOURS. HOW CAN THE BOARDING PROCESS BE SPED UP?
2
— Turnstiles are being phased out in public transportation, which will substantially shorten boarding time. In early 2018, turnstiles were removed from all large-capacity buses, and from all trams in June 2018. From September 2018, all surface transport will operate without turnstiles.

— SOMETIMES TRAFFIC JAMS MAKE WAITING FOR A BUS TOO LONG. WHAT IS THE PROGRESS ON THIS?
3
— We are organising more dedicated lanes for public transport. Their total length in Moscow has now reached 287 km. Another 48.5 km will be built to address bottlenecks by 2020.

TRAVELLING AROUND THE CITY: METRO AND MCC 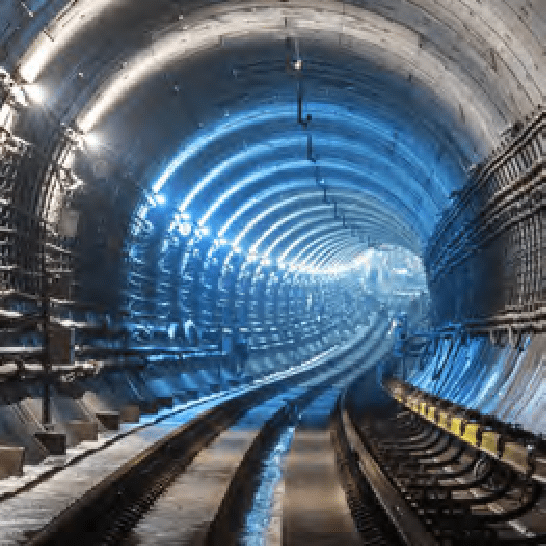 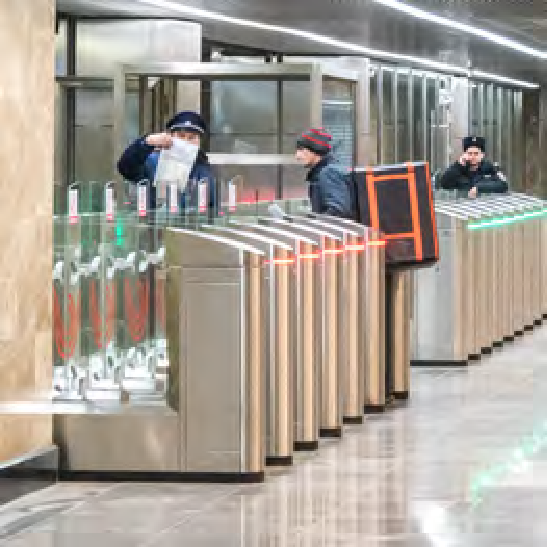 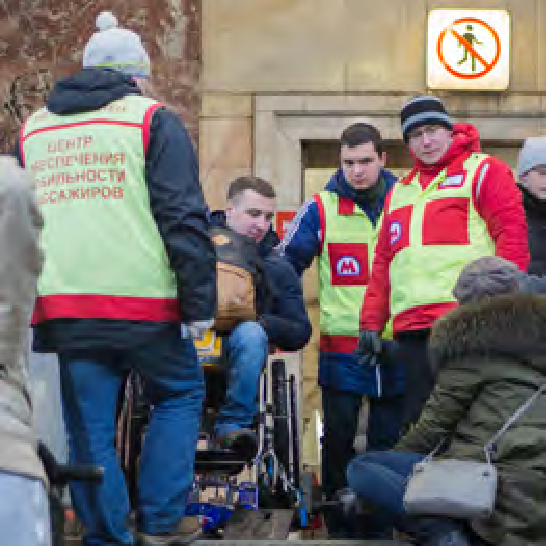 >200 PERFORMERS
In the busking scheme

Live music on the Metro


With the Moscow Metro app, passengers can build intermodal routes, top up their Troyka cards, and contact the metro authorities.

Velvet Track (a continuous welded track) is a technology for laying rails and welding seams between them, providing higher train speeds and a more pleasant journey.

>110 ANNUAL CHECKS
are arranged for all metro tracks

807 THOUSAND CUBIC KM OF AIR
passes through the metro ventilation system every year. This amount of air would be sufficient for all the residents of Paris to breathe for 70 years
— WHY DOESN’T THE METRO WORK 24/7?
1

— The metro is an extremely sophisticated integrated technological system that requires regular inspection of all its tracks, tunnels, rolling stock, and equipment. Sinergiya diagnostic trains are used to check tracks in the daytime without disrupting the train schedule. Tracks are replaced at night. Track replacement is indispensable, as passenger safety depends on it.

Interestingly, voltage is cut from the rails for only 2.5 hours. This period of time is sufficient for operators to replace rails, sleepers, and joints, clear stations, and return equipment to a depot.

— THE METRO IS OVERCROWDED DURING PEAK HOURS, WITH PEOPLE TRAVELLING IN PACKED CARRIAGES! ARE YOU DOING ANYTHING TO ADDRESS THIS ISSUE?
2

— The construction of new metro lines has reached unprecedented rates in Moscow. Launched in 2016, the Moscow Central Circle has taken a 15% load off the Circle line. The Big Circle line is under construction (to take a 15%—30% load off radial lines) as well as the new surface metro for Moscow, and the Moscow Region — Moscow Central Diameters (5%—10% off the metro’s current load).

Moscow’s metro is becoming increasingly efficient. Peak hour period was extended in 2016, with trains arriving at 90-second intervals. The Moscow Metro is the only metro in the world that maintains such short arrival intervals throughout peak hours. Since 2017, we have been purchasing higher capacity (+ 15%) next-generation trains with enlarged (+ 15 cm) doorways for convenient entry and exit of passengers.

Need to top up your Troyka card or buy a ticket? Easy!

88%
fares are paid for with Troyka cards
— SHOULD WE EXPECT A SUDDEN INCREASE IN FARES?
3

— No. Since 2010, the average fare has been growing by less than 4% a year — twice as slow as inflation (8% per year on average)In nominal terms.. Moscow Transport is one of the most affordable transport systems among the world’s largest cities. With our flexible ticketing and fare options, passengers can choose an optimal option to save on travel costs.


Aid to passengers with reduced mobility

>50%
of metro stations will be made wheelchair-accessible by 2020

— HOW CAN PEOPLE WITH REDUCED MOBILITY USE THE METRO? LIFTS AND RAMPS ARE NOT EVERYWHERE.
4

— A Passenger Mobility Centre has been operating in Moscow since 2013. Its staff help passengers with impaired hearing, vision, and mobility, as well as elderly people, parents with small children, and large families to travel by metro. Help is provided throughout the journey, including outside the metro, free of charge.

Via the Moscow Metro mobile app

TRAVELLING AROUND THE CITY: TAXIS 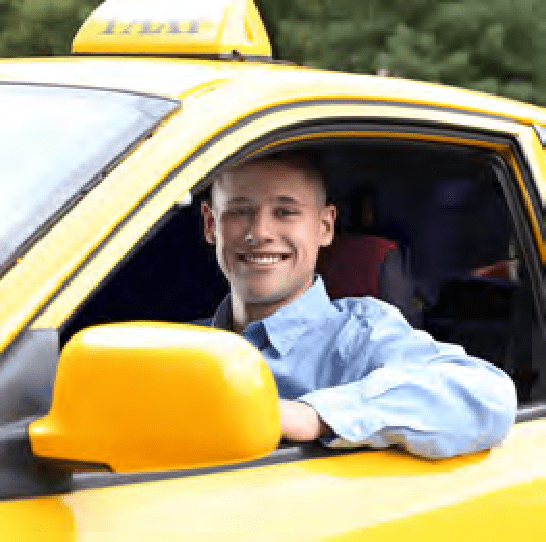 The following must be available in the cabin:

– HOW CAN I TELL A MOSCOW TAXI FROM OTHER CARS BY SIGHT?
1

— All Moscow taxis are yellow, including yellowlicence plates and checkerboard signs. Since 1 July 2018, 100% taxi cars licensed to operate in Moscow are yellow in colour. 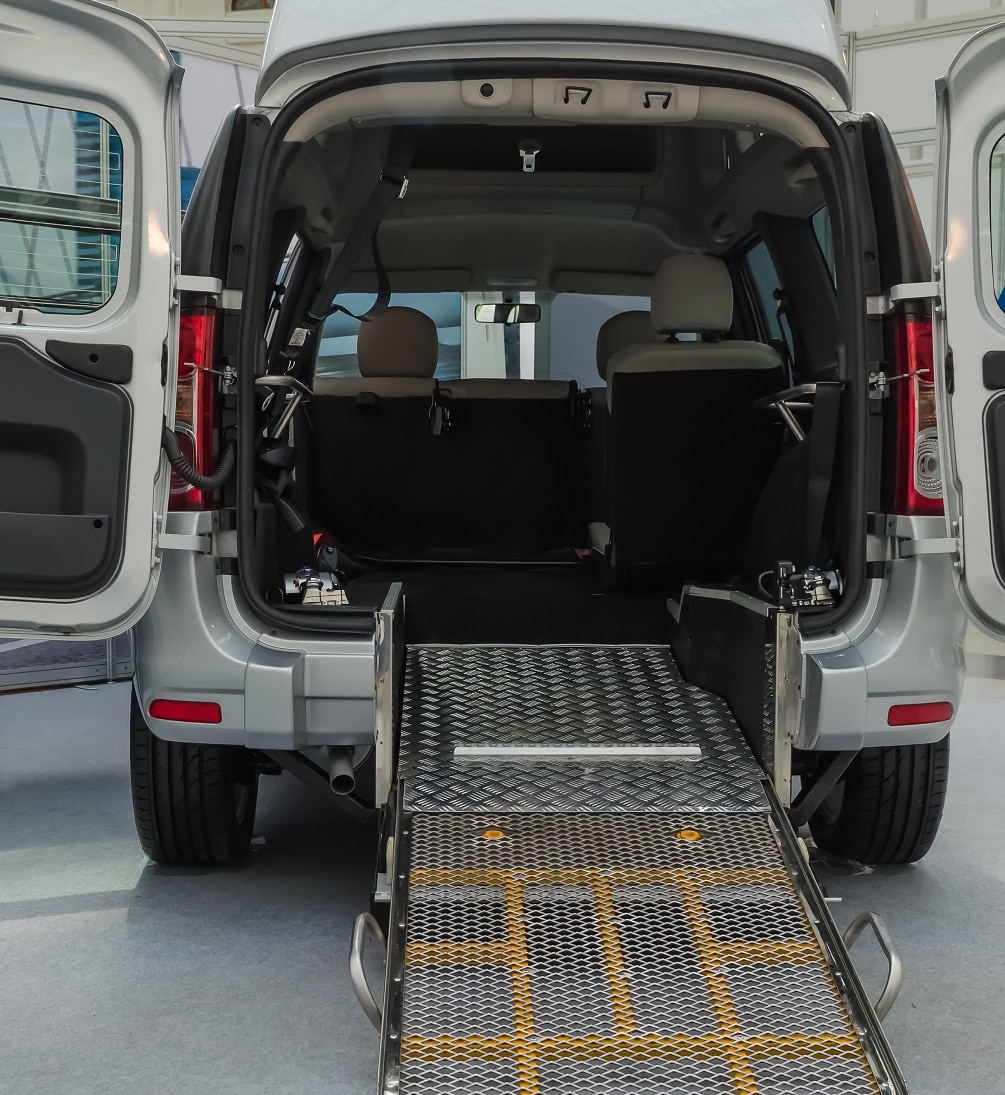 Social Taxi was launched in Moscow in 1994. Today, it is Russia’s largest individual and group passenger service for people with reduced mobility, providing travel to healthcare, cultural, and social institutions.

Social Taxi operates over 130 buses, vans, and cars. All vehicles are fitted with entry lifts and restraints for wheelchairs. The service’s drivers undergo special training.


– I AM AFRAID OF USING TAXIS BECAUSE DRIVERS ARE COMPLETE STRANGERS.
2


— LAST TIME WE TOOK A TAXI, WE ALMOST HAD A CAR ACCIDENT! WHERE SHOULD WE LODGE A COMPLAINT TO HAVE THIS RECKLESS DRIVER PROHIBITED FROM CARRYING PASSENGERS?
3

— If you have questions, complaints, or proposals, please contact the Moscow Transport contact centre or service centres. Some taxi and ride-sourcing services also use their own driver scorings and ratings.